I’d been suffering with a blocked ear and ringing before we even left Rome to sail to Greece. It started the day before we left, so on the day of our departure I went to the marina office and asked for the details of a doctor that could help me. I went and to my surprise realised I’d been sent to a gynaecologist! He did however look at the offending ear and for the princely sum of 100 euros he sent me away with a prescription as long as my arm. The various antibiotics and stomach protectors he’d prescribed cost another 30 euros. It was a painful day all round.

After spending a fortune on my blooming ear, I religiously took the concoction of drugs and ear drops for the entire course. By the end of the week I’d say (although it may just be because I was sick of it) that it was worse. By now we’d arrived in the stunning but very small Acciaroli. James had to go back to Rome and I was staying to look after the boat and Bailey. I went in search of a doctor early on Monday morning and was told I’d have to wait until 8pm when the medical centre opened. 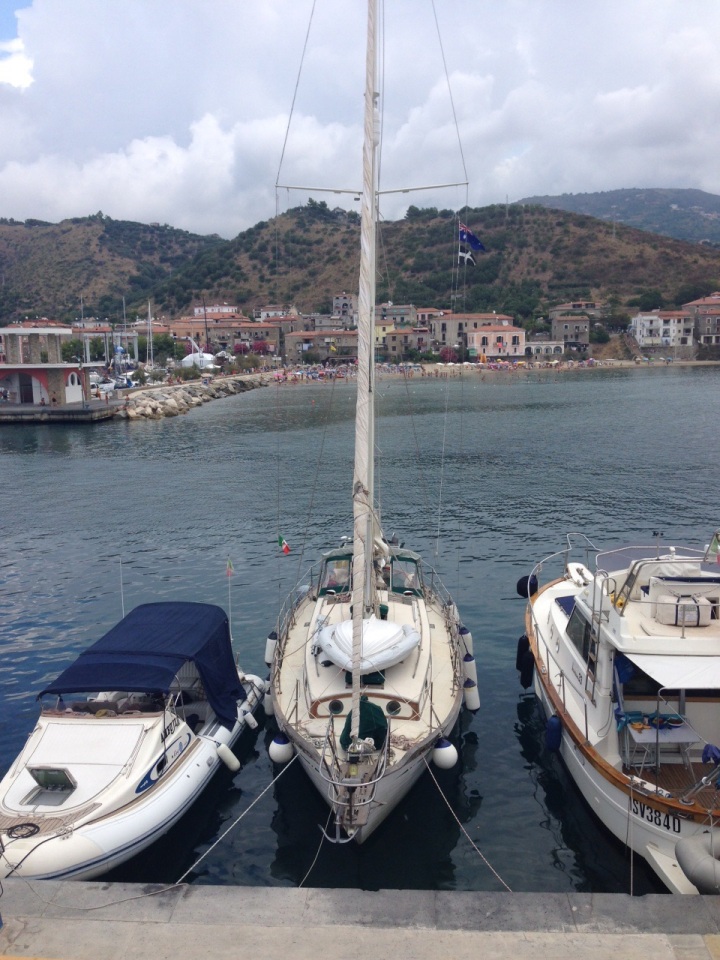 That evening I was ushered in and shooed out very quickly by a doctor who told me to keep taking more ear drops and wait another five days. As I left I wanted to cry- it wasn’t the miracle cure I’d been hoping for. By Wednesday evening I couldn’t stick the ringing and pain any more. I went back with a new Italian friend, Fonzie from the marina, who came for moral support. Luckily it was a different doctor who was much more sympathetic and after sucking her teeth whilst looking at my ear, suggested stronger antibiotics and a visit to the hospital to see the specialist.

There proceeded to be a lot of fast paced Italian exchanges between my doctor and Fonzie. I only understood ‘ambulanza’ and ‘ospedale’. I tried to protest that I was fine and really didn’t want an ambulance to which they both turned to me and tutted making gestures with their hands that only Italians can get away with and look good. Fonzie picked up the prescription and went to leave. To my frustration he told me he’d explain on the way back to the marina.

It turned out he’d been trying to find the easiest way for me to get to the hospital that’s 45 minutes away in the mountains. There was one bus in the morning and they’d agreed that would be the best way. The next day I left the boat at 6.30am ready to catch the bus at 7am. Fonzie very kindly came with me to the bus stop to make sure I got on and he asked the bus driver to signal to me when to get off. The twisting roads along the coastal cliff ‘path’ really didn’t help my anxiety, so I was relieved when we turned inland and started heading up towards the mountains.

When the bus driver called to me that this was the stop, I looked around and saw a pretty residential area in a mountain village. Once again though I was to experience the kindness and hospitality of a sweet Italian lady who insisted I follow her. I think she’d heard Fonzie talking to the bus driver before. She went out of her way to take me up the hill and three blocks sideways to the hospital even asking the reception desk where I needed to go. I was feeling pretty rubbish and this generous act of kindness actually brought tears to my eyes and I thanked her profusely.

I was not greeted by the same compassion, however, from the triage nurse in A&E. She asked for my documents and when I handed over my passport and European health insurance card she glared at me. She asked me where I was from, to which I politely replied that I’m ‘inglese’. She frowned so I tried again by saying I’m English, from the UK. Brows furrowed she kept tapping on my health card on the box marked UK.

‘UK? UK? Where you from?’ She demanded again.

‘Um England…sono inglese’ I replied starting to get irritated. I usually proudly announce to anyone that will listen that I’m Cornish, but at this stage I didn’t want to complicate the matter…

She asked me what UK stands for so I showed her, pointing to my passport ‘United Kingdom’.

‘What this? What this?’ She continued.

‘Erm Gran Bretagna’ I tried. The worst thing was there were three other clerical aids and porters in the room that had now all turned their attention to our exchange.

I nearly fell off my chair, I couldn’t believe that a women in a respectable job in Europe would confuse the UK for the Ukraine. One of the onlookers googled UK on their phone and proudly announced that it was infact Gran Bretagna to my disbelief.

I was quickly ushered out of the room with a sheepish smile from the lady who obviously failed geography and I was shown up to the Otorino’s office. The only benefit of having left so early was that there wasn’t a queue and I was seen immediately. He irrigated both of my ears which, although uncomfortable, led to a hallelujah moment as I felt it unblock and the ringing stop. He prescribed another different type of antibiotic ear drop and that was that. I was ecstatic as I left and went straight to the pharmacist determined to make sure I followed his advice.

I’d been told to wear swimming earplugs to stop any water entering my ear for a week. The pharmacy gave me some very trendy lime green and purple earplugs and I’m quite sure I looked like a wannabe Princess Fiona from Shrek every time I wore them! 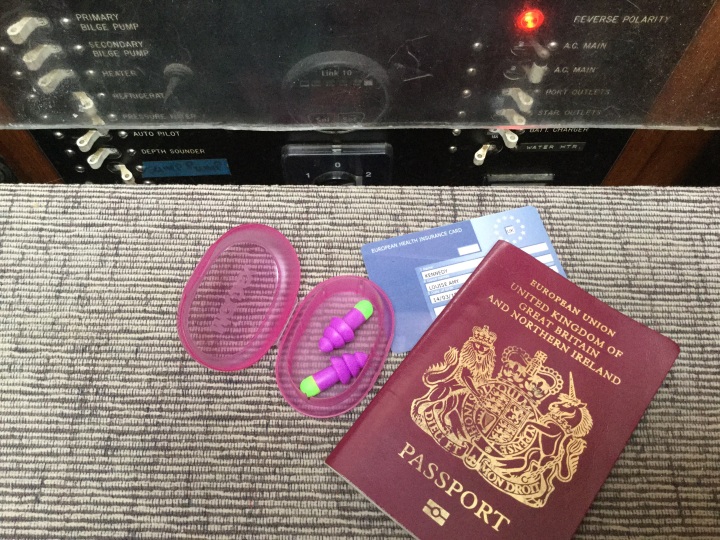