A lot of people have been asking me where I’ve been… I usually help Bailey write his blog regularly as well as my own neglected blog here and of course I use social media. Over the past year there hasn’t been much blogging or uploading going on. There are several reasons for this. We are currently landlocked so Bailey is boat-less for the majority of the time, I also spent last year working hard on my Master’s Degree in Professional Writing and above all my health has been an issue. I’ve been dealing with everything and to be 100% honest, I’ve not felt like my normal upbeat self. I prefer to be a positive, optimistic person but over the past few months especially I’ve struggled. After years of pain and embarrassment I’ve now been diagnosed with a chronic illness. I have Crohn’s disease. It’s an inflammatory bowel disease or ‘IBD’ and there’s no cure.

Yep, I now come hand in hand with an inconsiderate little sidekick that stabs me in the gut every chance she gets. I say ‘she’ because honestly Crohn’s is the biggest bitch I’ve ever come across!

I’ve suffered with abdominal pain for years. The intensity and frequency of the other delightful symptoms (I’ll save the details of these for another day) have come and gone, but the pain has always been there. It became a sticking point between my fiancé and I when he would sigh and say ‘but you always feel ill’. It became embarrassing to always ‘feel funny’ and have a ‘bad tummy’ but I just got on with it. I don’t blame my fiancé for questioning my authenticity since I used to hide a lot of my other symptoms from him due to my own silly embarrassment. (Who really wants to tell their other half that they’re pooping blood and mucus?)

Last year my symptoms got so bad that I ended up visiting the hospital four times. I’ve spent the last ten years travelling which has also not helped pin down a diagnosis. Exasperated, I decided to get an intolerance test when I was at home in Cornwall last December. I was told to avoid several major food groups (more on this charlatan in a future post) and I started to feel much worse. 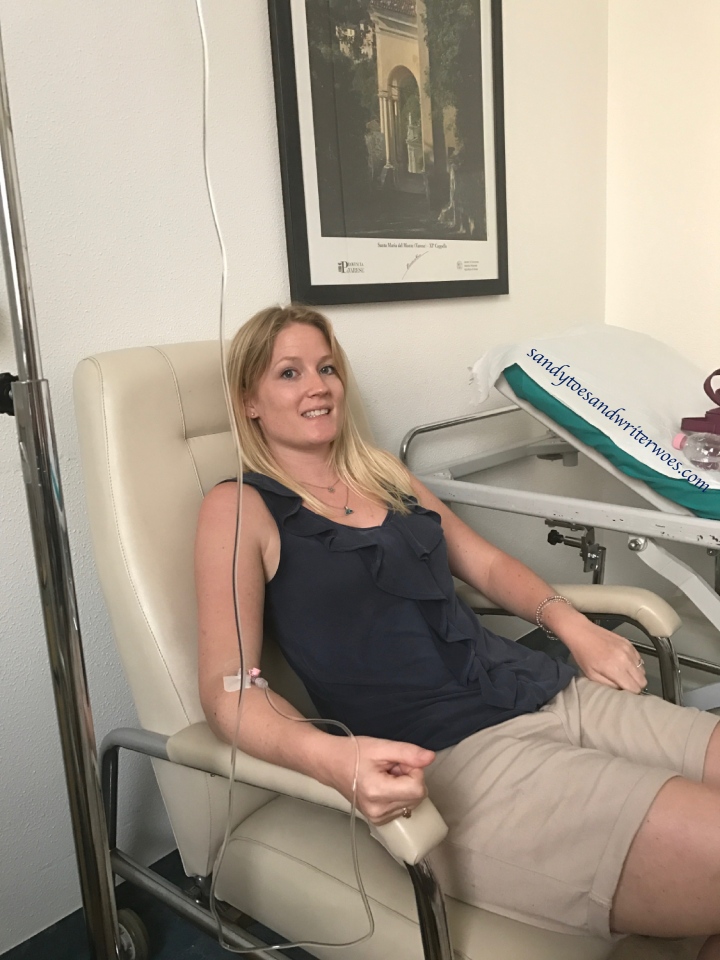 I went for proper allergy blood tests in Italy (I was tested for 16 different things) and my results showed I wasn’t allergic to anything. The doctor suggested I see a gastroenterologist. The gastro reassured me that I probably had IBS but he wanted to do some blood tests to be sure there wasn’t anything more serious to worry about… my results came back showing major signs of inflammation. My white blood cells were elevated and activated and my calprotectin levels were sky high. This was the moment I started to panic because unfortunately a lot of the symptoms for Crohn’s are very similar to colon cancer and along with my good friend Google I managed to scare the living daylights out of myself that I had the better known of the two diseases that begin with C.

I was referred for a colonoscopy and found it morbidly amusing that I was praying for a lifelong incurable illness because I was terrified of the alternative. As I chugged down the most disgusting meal of my life the night before the procedure I was ready for answers. 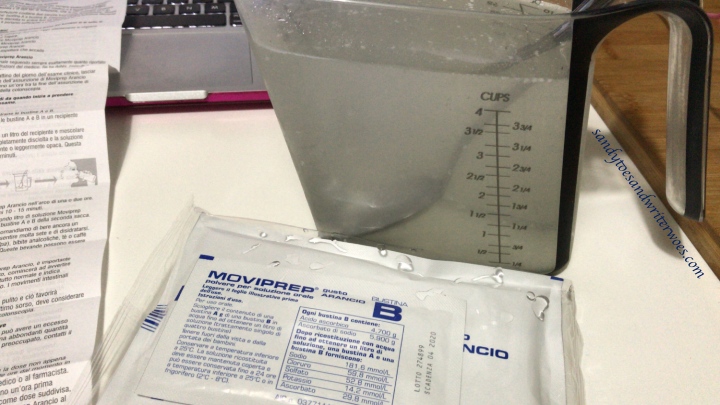 The colonoscopy went by in a blur. I was sedated and only remember the nurse joking with me that the drugs would either make me fluent in Italian or unable to mutter a single word. I don’t remember anything else about the procedure except a brief flash when they took one of the five biopsies. Then I came around in another room. There was still something stuck up my bum and I was extremely confused. At least the blue paper pants were extremely stylish!

I was so pale that the nurses made me stay for an hour after the procedure before they let me leave with my fiancé…It’s really not my best look!

I’ve been put onto three months of steroids four months before my wedding – not exactly the pre-wedding diet I had in mind and I’m halfway through the course now. Unfortunately they’ve not helped my pain but they have regulated my bowel movements. However, they come with lots of other nasty side effects that aren’t fun. 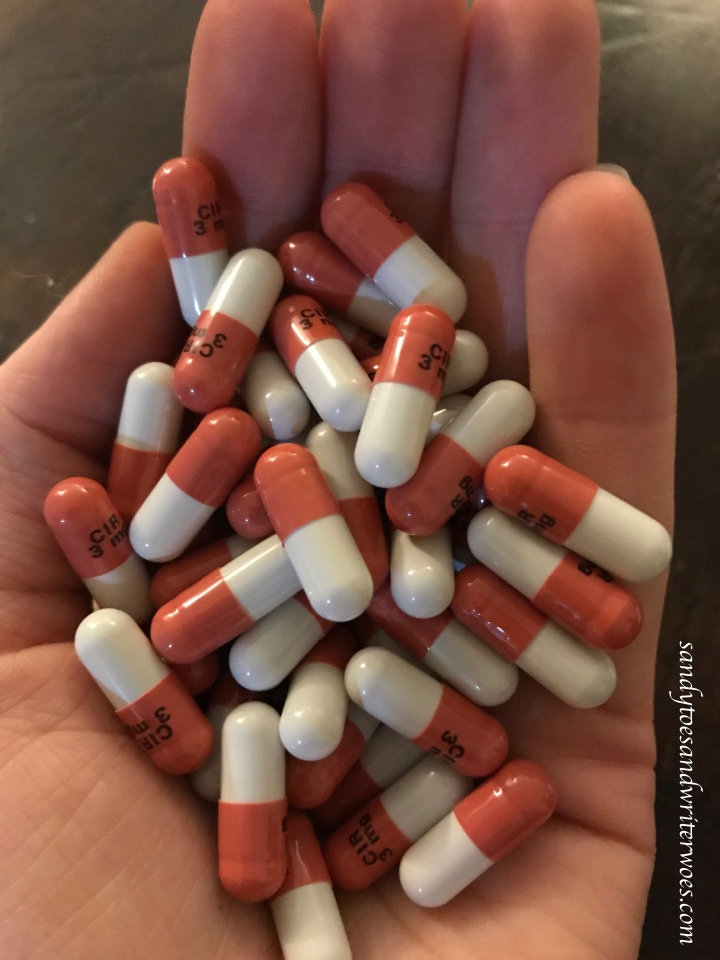 Next week I’m going in for a small bowel MRI, this will help my IBD team see the extent of my Crohn’s to decide how we are going to manage it long term. I’ve found a lot of comfort reading other people’s accounts of dealing with IBD’s and chronic illnesses and so I’ve decided to document my misadventures with my new frenemy. We’re at the beginning of our journey together so I’m sure there will be lots of ups and downs along the way.

Wishing you all Sandy Toes,